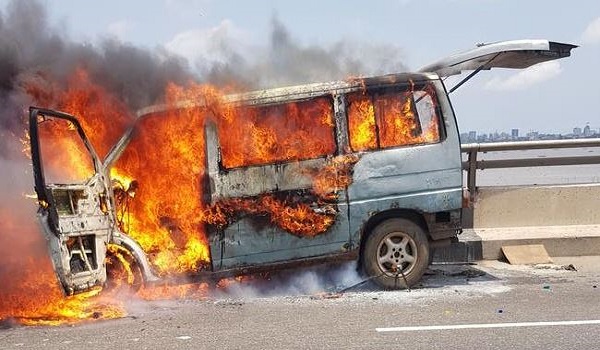 Eighteen people have been burnt to death on Wednesday at Nabardo Village, in Bauchi in a fatal crash involving a bus and a trailer.

According to Abdullahi, it was a sad incident on Wednesday evening that 18 people were killed in a fatal crash that occurred at about three kilometers to Nabardo Village, along Bauchi-Jos road.

He said the multiple fatal crash was caused by a speed violation, saying that the FRSC was made to understand that as the driver of the bus was coming, he lost control, left his lane and faced an oncoming trailer.

“You know that the fuel tank of a hummer bus is very close to the engine. The moment it has a head-on collision, the next thing is for it to go into flames. So, when this happened, it went into flames as usual; it happened about three kilometers to Nabardo,” he explained.

Abdullahi added that the incident happened in a bush where there were no people close by that could render any assistance, saying that the whole vehicle and the occupants were burnt beyond recognition.

“It is a very, very sad situation really. It is also very disheartening, it is a very bad report against us in the entire country.

“We spend two to three hours every day sensitizing them and telling them that their over-speeding and recklessness cannot take them anywhere but will only end their dream and life overnight,” he said.

“Just look at this incident now, both the driver and the entire occupants of this bus were burnt to ashes, you can’t identify anyone of them. The mass burial of the ashes is ongoing by the Nigeria Police Force and Social Welfare Officers,” he said.