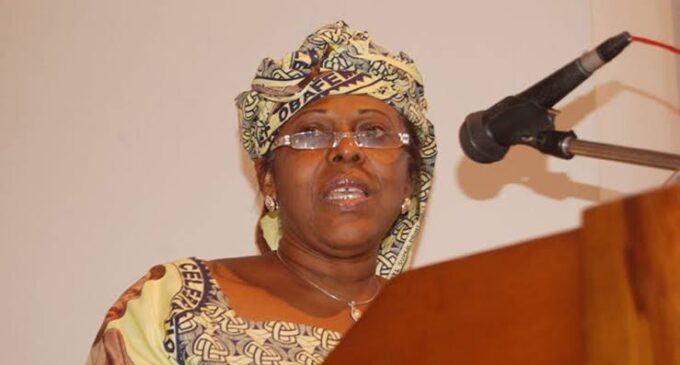 The executive director of the Obafemi Awolowo Foundation, Tokunbo Awolowo Dosunmu, has refuted accusations that she indicated there is a plot to remove Bola Tinubu, the APC’s presidential candidate (APC).

Online rumors claimed that the late Obafemi Awolowo’s daughter, Awolowo Dosunmu, claimed there was a plot to depose Tinubu and replace him with Kashim Shettima as president.

According to the reports, she further declared that the scheme would be carried out as soon as Tinubu was sworn in and that those responsible would exploit his “medical condition” to do so.

But in a statement on Wednesday, Awolowo Dosunmu, who is also the chairperson, African Newspapers of Nigeria Plc, described the report as “false, mischievous and wicked”, adding that she had not spoken with any journalist on the candidates for the 2023 presidential election.

She, therefore, asked the public to see the report as fake.

“I refuse to be dragged into a matter I know nothing about. I advise whoever is behind this wicked lie to make better use of their time for the progress and development of our country, Nigeria.”

Awolowo Dosunmu also appealed to Nigerians to help the country in every way they can to get through the trying times.