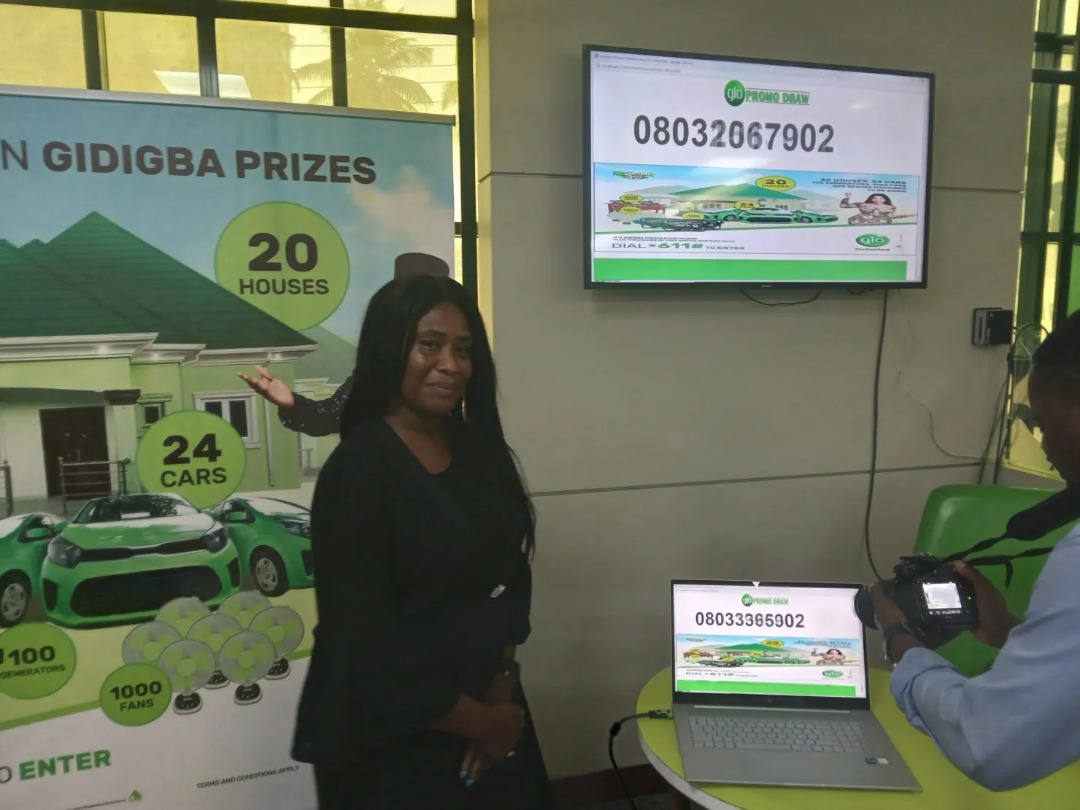 In continuation of the prize presentations in the on-going consumer promo, Festival of Joy, another draw was conducted by Globacom in Lagos on Thursday at the Gloworld office, Adeola Odeku, Victoria Island, Lagos, which is expected to produce next winner of a brand new three-bedroom apartment

The event which was held at Gloworld office, Adeola Odeku, Victoria Island was attended by the media and Glo subscribers. The winning number was drawn by one of the subscribers who volunteered to join the
exercise.

The formal presentation of the three – bedroom house to the lucky winner comes up on Friday December 16, 2022.

The duo of Mr. Tunde Onifade Babatunde and Mrs. Dorcas Okafor, both Glo subscribers at the event expressed their satisfaction with the transparency of the promo, so far and the reward Glo was offering its
subscribers.

The company urged subscribers who wish to participate in the promo to dial *611# and keep recharging (voice and data during the promo period) to be eligible to win the prizes on offer.