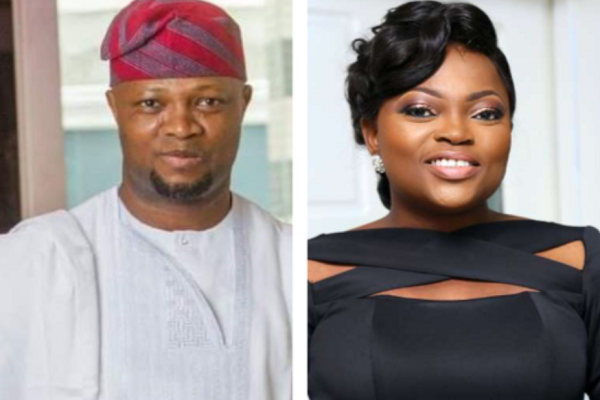 Former Deputy National Chairman (South) of the Peoples Democratic Party (PDP), Chief Bode George, has lashed out at the party’s Lagos State governorship candidate, Abdul-Azeez Adediran, over the choice of his running mate.

George, who featured on Channels Television Sunday Politics, said it was insulting for Adediran, popularly known as Jandor, to have denied that he did not agree to have Gbadebo Rhodes-Vivour as his running mate..

George insisted that before the governorship primaries in the state, , Adeniran agreed with him and elders of the PDP in the state to choose Rhodes-Vivour as his running mate.

The elder statesman said: “I was told that he made certain comments about me. It is quite insulting for Jandor to say that he cannot say that I lied.”

George argued that the most honourable thing for the PDP governorship candidate to do was to own up and apologise.

“It is better for him to accept the mistake he made rather than saying he never agreed to any pact to pick Gbadebo (Rhodes-Vivour )as his running mate,” George said.

His words: “Chief Bode George is our leader in Lagos and I can say that we really do not have any issues between us. I won’t say he lied. But, I can tell you that there was no agreement anywhere.

“I think it defies logic to say you have an agreement with somebody and there was no public pronouncement to say you are withdrawing from this race for whatever reason.