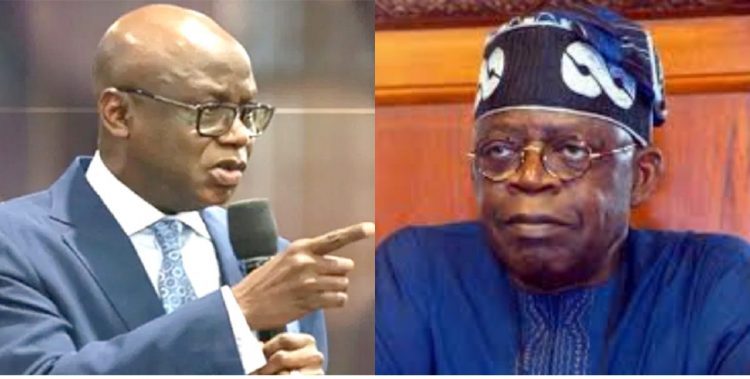 Crednews Nigeria reports that  Bola Ahmed Tinubu’s presidential rival at the 2022 APC’s Presidential Primary, the Citadel Global Community Church’s serving overseer, Pastor Tunde Bakare, has responded, saying he is proud of the zero votes he received in the APC primaries while maintaining his integrity.

Tinubu’s media handlers have scolded Bakare over his Sunday’s state of the nation address where he urged Nigerians to reject a candidate who sees the presidency as his entitlement and who evades a debate in apparent reference to Tinubu.

Tinubu’s media team had described Bakare as a paperweight politician who got zero vote in the APC primary last year.

But in a further reply, Bakare wondered why the media team decided to respond to a man they tagged a paperweight politician.

He said, “Why are they then giving any thought to what I said? Maybe their alleged “paper weight” is too heavy for them to carry.

“Can someone tell these people that scoring zero in a primary election with one’s true identity and credentials intact as well having original certificates from well known schools: Primary, Secondary, colleges and University within and outside of this nation is a veritable badge of honor, absolutely legit and unquestionable.

“One of the Special Advisers that I thought had some semblance of nobility had to utter outright lies and falsehoods to satisfy his paymaster.

“He said that I did a video asking members of our church to vote for their candidate and then turn around to ask them not to vote for him. Unfortunately, there is no such video containing such falsehood.”

Bakare said in the video being circulated by Tinubu’s handlers, he made it clear that he did not endorse their candidate’s lifestyle, business or type of politics.

“In the said video, I never asked our members to vote or not vote for their candidate or any other candidate. By the way, our members are not zombies. They, by the grace of God have their own minds and will decide who to vote for on the Election Day,” he said.

Exposed!!! Many lies and how influencers are secretly paid by political parties to influence 2023 elections