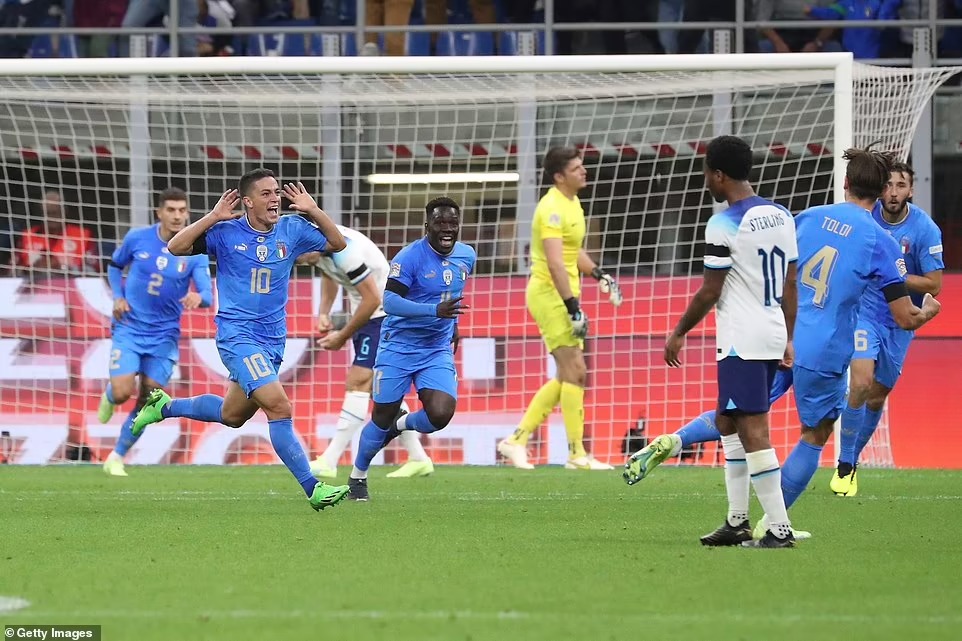 Gareth Southgate’s team was demoted to the second division of the UEFA Nations League as Italy overcame England 1-0 on the strength of a sensational goal from Giacomo Raspadori in the 68th minute.

Less than two months before the World Cup, England has gone five games without a victory or even a goal scored from open play.

At the historic San Siro, the hosts won a game of limited chances when Leonardo Bonucci’s long pass went past England’s defense, allowing Raspadori to track it down and shoot an unstoppable attempt beyond Eddie Pope’s helpless dive.

The game was a repeat of last year’s Euro 2020 final, which saw Italy — who will miss out on the World Cup — claim the title over England at Wembley.