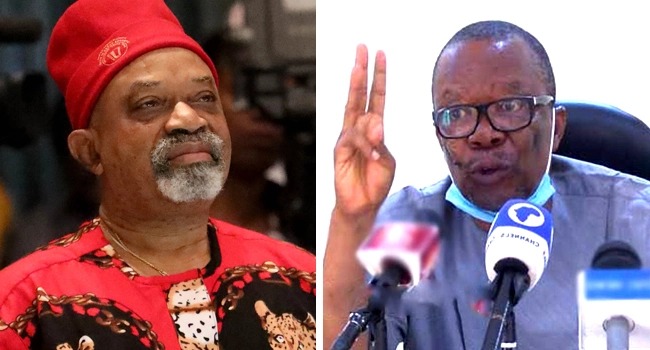 The Minister of Labour and Employment, Chris Ngige, has advised the Academic Staff Union of Universities (ASUU), to obey the National Industrial Court (NIC) ruling and call off its ongoing nationwide strike, while negotiations are ongoing.

Ngige stated this while responding to the industrial court ruling which restrained ASUU from continuing with the strike when fielding questions from journalists in New York on Friday.

He said that the strike is detrimental to public university students who cannot afford to attend private tertiary institutions, noting that the Trade Dispute Act mandates workers not to embark on strike once an issue has been referred to the industrial court.

The minister also advised that after obedience, ASUU can then apply for an appeal if they so desire or apply for a stay of execution.

On Friday, ASUU filed an appeal over the ruling. The counsel to ASUU, Mister Femi Falana, based their appeal on 14 grounds. The motion is seeking two reliefs which are:

A) The leave to file the appeal pursuant to Section 243 of the Constitution that requires the party to seek a leave of court to appeal the judgement or ruling of the National Industrial Court (NIC).

B) Seeking for a stay of execution of the orders of the court, pending the hearing and determination of the appeal.

LASTMA has no power to impose fines, Court rules

Breaking: Tragedy Reoccurs In Lagos As Another Building Collapses