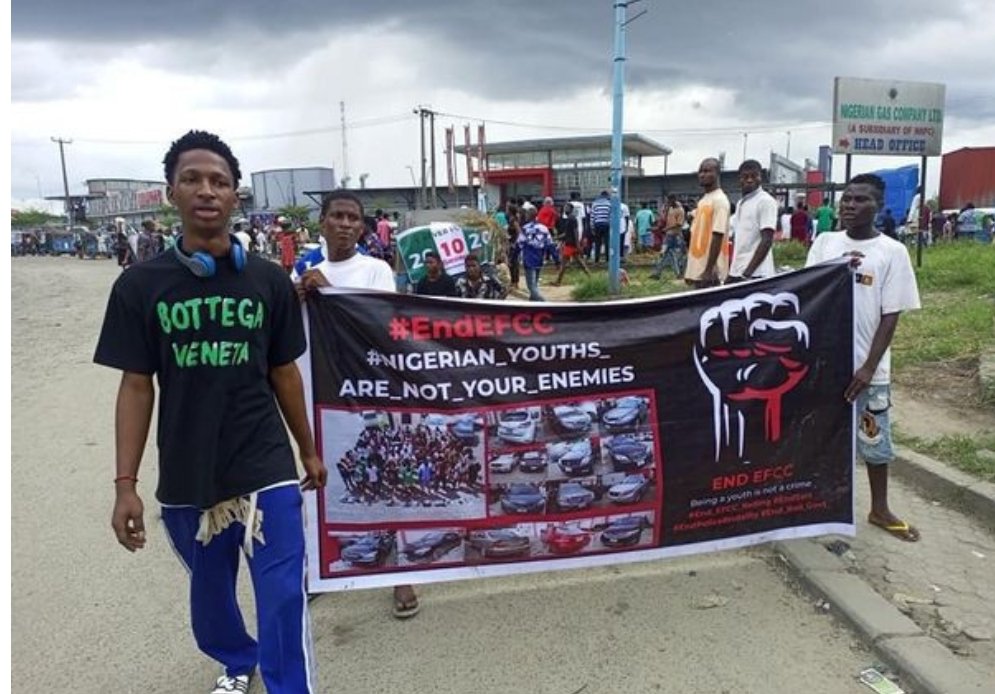 One person has been reportedly shot dead as suspected internet fraudsters staged a protest against the Economic and Financial Crimes Commission, EFCC, at Ughelli, Ughelli North Local Government Area of Delta State.

It was gathered that several trucks were also set ablaze during the protest.

At the time of filing this report, the suspected internet fraudsters have deserted the Otovwodo area in Ughelli for fear of not being arrested by security operatives who are on ground to forestall any breakdown of law and order.

The Delta State Police Public Relations Officer, DSP Bright Edafe in a telephone chat with our correspondent in Warri said, “I am not aware of that now. I am waiting for information.”

It is not clear if the person shot dead is one of the suspected internet fraudsters.

How I ‘Snatched’ Groovy From Amaka – Phyna