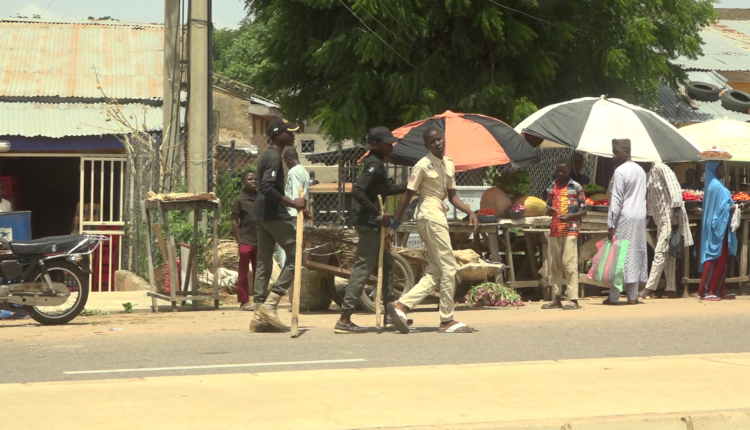 A clash between two factional groups of the All Progressives Congress (APC) in Dutse, the Jigawa State capital has left no fewer than four people injured and some vehicles damaged.

It was gathered that the APC members under the aegies of Danmodi Youths Concerned (DYC) organised a political rally in support of the APC gubernatorial candidate, who is also the serving deputy governor in the state, Alhaji Umar Namadi Danmodi, in the state capital.

Confirming the crisis, the Jigawa State Police command Public Relations Officer (PPRO), DSP Lawal Shi’isu Adam said police of the Dutse division in the capital city had quickly intervened in the crisis that erupted between a group of a pollical party during a rally in the capital.

DSP Lawal Shi’isu Adam explained that a report under our disposal indicated that, “a political group under the aegis of Danmodi Youths Concerned (DYC) organized a political rally in support of one of the governorship candidates.

“They gathered at Investment area of Dutse metropolis, with a plan to visit orphanage centre and go round the city”.

“In the process and distributions of some material in relation with the rally shirts and other items they got misunderstanding within themselves and broke among themselves.”

Adam added that the police quickly intervene and dispersed them in order to maintain peace.

“Presently one person who was said made dangerous driving and caused injuries to some people was declared wanted and will be arrested and prosecuted.

“Efforts to contact the organisers proved abortive as he is nowhere to be found and his mobile phones are not reachable,” he added.

How I ‘Snatched’ Groovy From Amaka – Phyna