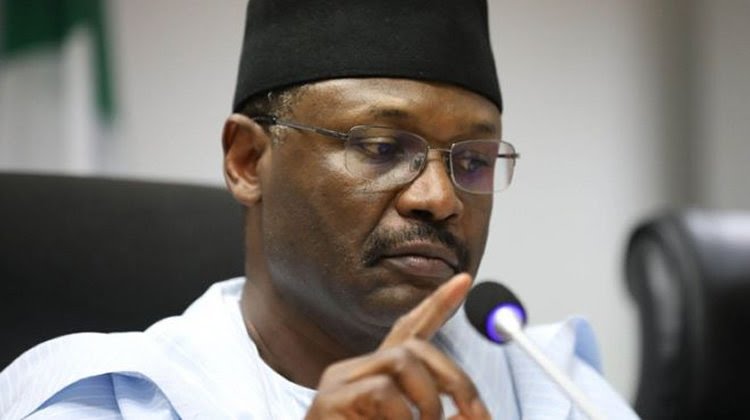 Crednews Nigeria reports that Mahmood Yakubu, the chairman of Nigeria’s Independent Electoral Commission (INEC), on Tuesday, explained why Nigerians in the diaspora cannot vote in the upcoming February 2023 elections.

Responding to a question about diaspora voting at a speaking appearance at Chatham House, London, United Kingdom, he said although the electoral body subscribes to it, the Nigerian law makes it impossible for such category of citizens to vote in the nation’s elections.

CREDNEWS NIGERIA had earlier published Mr Yakubu’s full speech which he delivered during his session at the Chatham House.

“The position of law remains; unless you are resident in Nigeria, you cannot register and you cannot vote,” he said.

However, “I am absolutely convinced that it is only a matter of time when this will be achieved,” Mr Yakubu added.

He narrated that the commission maintains an open-door policy and has collaborated with different diaspora groups to the point when the proposition for diaspora voting was sent to the National Assembly for deliberation where it was defeated.

Efforts at getting legal framework
The issue of diaspora voting has been an ongoing conversation and was among the issues thrown up for deliberation at the constitution review hearings last year.

In March 2022, the National Assembly struck out the proposal for diaspora voting even when INEC said it was ready.

The Nigerians in Diaspora Commission (NIDCOM) in September of the same year said it would continue to canvas it.

“Voting by those in the diaspora should be a settled issue and if you ask me, I will say you are preaching to the converted but the commission does not have the power to make it happen. The enabling law will have to be provided for it to happen,” Mr Yakubu noted.

“Not just because of the remittances as people would argue, but because they are citizens and citizens must enjoy rights,” he added.

Breaking: Naira maintains stability against the US dollar