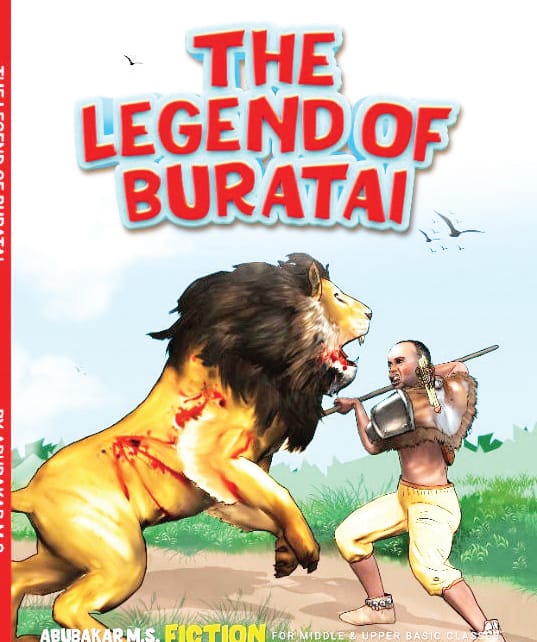 “A lot of legends, a lot of people, have come before me. But this is my time”- Usain Bolt

It was glitz and glamour as the much anticipated public presentation of the Legend of Buratai, a fictional book and animated narration of the heroic deeds and exemplary life Of Ambassador Lt Gen. Tukur Yusufu Buratai (CFR) was launched on Tuesday, November 22nd, 2022 in a well-attended ceremony by top-notch dignitaries across the board in Nigeria who unanimously commended the book.

The Legend of Buratai is the enthralling life story of Buratai, the former Chief of Staff of the Nigerian Army, who rose to legendary status by dint of hard work, bravery, diligence, excellence, and honesty. His journey through life is presented as an exemplary story for all who would aspire to follow his path.

The author of the book, Dr. Abubakar Mohammed Sani stated that the book which also came with an animated presentation was written in honour of the former Chief of Army Staff, Lieutenant-General Tukur Buratai (CFR). He disclosed that the edition is targeted at the younger Nigerians and also teaches them the principle of leadership. He reiterated that the book focuses more on pre-documentation of history and encourages the younger generation to join the Army.

While reviewing the book, Dr. Liz Ben- Iheanachio, the award-winning author of Children’s Literature, Critic and Folklorist described the book as a beautifully illustrated narrative of the biography of an officer, a gentleman, a philosopher, a soldier soldier, and indeed a very brave soldier. She said the book meets the requirement targeted at young readers.

“This theme of courage, bravery, adventures, environmental security consciousness, patriotism, and romance is the stuff the youth connect with in Nigeria. The narrative purpose is appropriate for the audience. The action is fast-paced with fascinating use of flashbacks that connect history, folklore, and the immediate reality of the populace”

She also appraised the quality of the book. According to her, the qualities required to build a great nation lie in each individual.

“ By sharing the values and ethics that propel him into becoming one of Nigeria’s authentic heroes and making it available in formats and templates and resonate with the owners of tomorrow’s leadership, Buratai who played the role of an omniscient narrator is not only shedding the light and passing it on but investing in our youths by upholding the professionalism of those who have sworn to defend Nigeria’s territory. The book is an adaptive recreation of the prayers in our national anthem which says, the labour of our heroes past shall never be in vain. I urged that this book be stocked in all government-own secondary schools across the nation. I also called for an endowment of lt general Buratai’s national awards for young adults under the auspices of the Association of Nigerian authors”.

The celebrant, Buratai in his remarks appreciated the dignitaries who graced the occasion. He reiterated the fact that the book is being launched for the second time. The first volume was in prose type while the adaptation of the Legend of Buratai volume 1 with the animated version. He stated that the idea was solely initiated by the author. While addressing the school children he maintained that he is an ordinary boy who excelled through diligence, perseverance, hardwork, loyalty, respect for parents, and religious piety. He said he has realized that anyone can become extraordinary if he or she can embrace the aforementioned virtues. Buratai also admonished them to be mindful of the types of friends they associate with. He appreciated his friend Dr. Manzo Ahmed who is a good friend that never influenced him negatively. 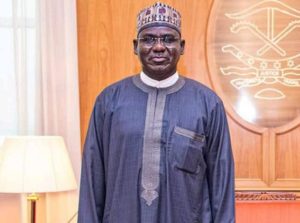 The colourful book launch was chaired by co-chaired by Hia Excellency, Rt, Hon. Rotimi Amaechi, former Minister of Transportation, was ably represented by Sen, Ayogu Eze, while the chief launcher was Asiwaju Bola ahmed Tinubu, APC Chieftain and presidential candidate who was also represented by the Chairman of the house committee on defense, Honourable Babajimi Benson, while the unveiling was done by Alh.(Dr) Abubakar Muhammed Sani ( Sarkin Shanun Yamaitu). Other dignitaries included all service chiefs who were ably represented.

In a truth, the legend of Buratai has garnered good reviews across the globe. According to Susan Keillor, LSW, MBA, freelance editor, and writer. The book is, “A fascinating book with a nice mix of military tactics and important life lessons from the mind of one of Nigeria’s most notable military strategists”. In his own words, Moses A. Uyang, author and humanitarian claimed that its“An unbelievable masterpiece, rich in history… children who read this will wish they had met General Buratai in person. This book is capable of reawakening patriotism to our fatherland.”

How Oil discovery led to collapse of industries – Al-Mustapha