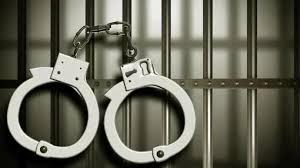 As part of efforts to sweep Jigawa state clean of all forms of immoral and unclean acts, operatives of Hisbah have arrested 31 people, including 25 women, in Kazaure Local Government Area, Jigawa, over alleged “immoral acts”.

This was made known to members of the public on Wednesday by the Hisbah commander in the state, Malam Ibrahim Dahiru in Dutse, as he explained that the suspects were arrested during a raid by Hisbah tagged “Reap what you sow’’ at about 6:00 am, as the victims were said to have been accused of allegedly engaging in prostitution and the consumption of alcoholic beverages.

According to Dahiru, 55 bottles of assorted alcoholic beverages and 50 liters of locally-brewed alcohol, “Burukutu’’, were seized during the raid, while the suspects and the seized items were handed over to the police in the area for further action.

Dahiru commended residents for their support and cooperation with the Hisbah Board in the discharge of its duties and he went ahead to assure that Hisbah would continue to fight against immoral acts in all parts of the state.