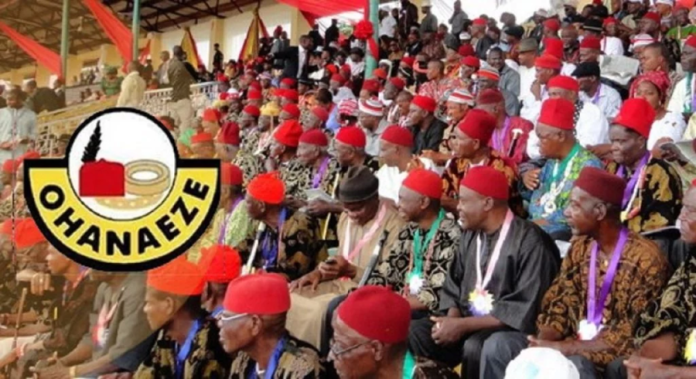 Chief Kroham hailed from Upatabo in Ahoada West Local Government Area of Rivers State. He retired from the Rivers State public service in 2014 as a director of finance. The government of Rivers State appointed him as a Justice of Peace in 2007.

Kroham, writes Ohanaeze, ‘was at the forefront in the advocacy for a president of Nigeria from the South East’.

“Kroham demonstrated an extra-ordinary commitment to Igbo nationalism and thus highly devoted to the galvanisation of all Igbo interest groups.

“It is on record that Joel Kroham was allergic to the crop of some Igbo quislers in the South South of Nigeria who have unabashedly betrayed and denied their ancestral roots; their conscience, identity and have sold their umbilical cord for a mess of pottage.

“Kroham never suffered an identity crisis. He volunteered for enlistment into the Biafran Army and returned from the war front with bullet wound. He maintained his Igbo dignity; remained unadulterated, courageous and proud of his origins until his transition”, the statement added

Obiozor described him as “one of the most dependable, loyal and trusted deputies, who defied all the contemporary Nigerian vagaries to remain faithful and focused to the pursuit of Igbo agenda.”

He urged the immediate family to bear the loss with fortitude and serenity, assuring them that “Ohanaeze Ndigbo will not be left out in giving our fallen colleague a befitting burial.”