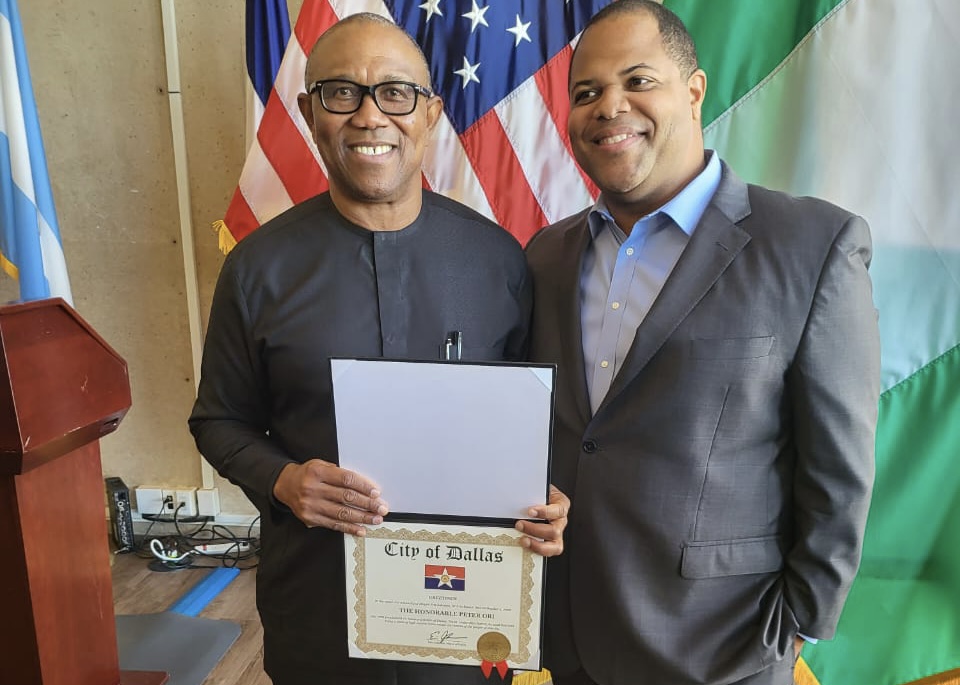 The Mayor of Dallas, Eric Johnson, on Tuesday conferred the Presidential Candidate of the Labour Party, Mr Peter Obi, with the honorary citizenship of Dallas, United States.

Reacting to the conferment, Obi through his verified Twitter handle tweeted, “Today in Dallas Texas United States, I met with the Mayor of Dallas and his team.

“I had the privilege of being conferred with the honorary citizenship of Dallas.”

Speaking at the event that hosted the mayor’s team, Johnson asserted that Obi, having been conferred with the honorary citizenship, shall uphold a place of high esteem in the minds of the people of Dallas city.

“Without a piece of doubt, with this conferment, you shall uphold a place of high esteem in the minds and hearts of the people of this great city (Dallas). Congratulations!,” he said.