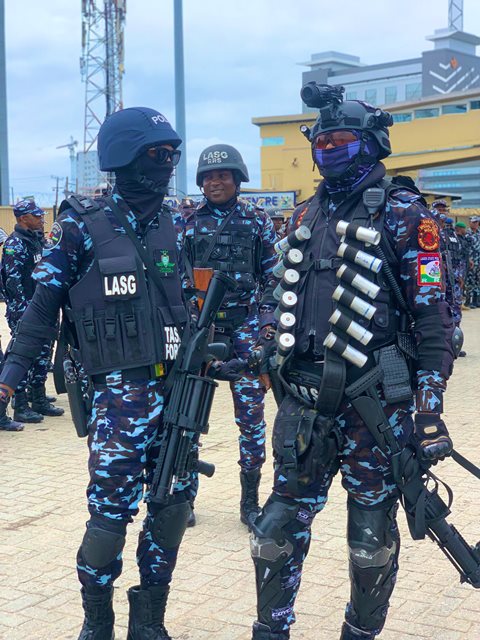 Men of the Nigerian Police Force, Ondo State division have arrested a 31-year-old man, identified as  Olalekan Rabiu, who allegedly parades himself as a medical doctor and Chief Medical Doctor (CMD) of Iremide Private Hospital, Orita Ojo in Odigbo Local Government Area (LGA) of the state.

The state commissioner for police, Mr. Oyediran Oyeyemi, paraded the suspect and three others for various offenses before newsmen on Friday in Akure, as he stated that the suspect was on December 20 arrested by a team of the Special Intervention Squad when a report of unprofessionalism was reported against him.

The CP added that the suspect carried out a Caesarian surgery on a pregnant woman (name withheld) who was later rushed to Mother and Child Hospital due to excessive bleeding from her private part.

In his words, he said, “It was discovered that the self-acclaimed doctor stitched the womb and the urinary tract together.

“During the investigation, it was discovered that the suspect is not a Medical Doctor, but attended the School of Health Technology, Ijebu-Ode, where he studied as a Community Health Extension Worker.

“And he has been deceiving the people with being a Medical Doctor,” he said.

While speaking with the newsmen, Rabiu admitted being a community health extension worker, saying he had been in the profession for seven years, as he stated that the operation was successful when he operated on the woman in question but she came back after 27 days to complain of vaginal bleeding.

Rabiu, who said that he had done one operation successfully in the past, said that he started performing surgeries when his brother bought a story building for him in 2015.

“Actually, I am not a doctor but I studied as a community health extension worker at Ijebu Ode School of Health. Although I am a little bit talented in the line and there is no helper, I would have gone back to school but I am planning to go back to school now,” he said.

According to him, “the woman was brought to my clinic, which was bought for me by my brother in 2015 and after I examined her, I discovered that she cannot put to bed on her own.

“After the examination, I explained to her relatives about her condition because I checked her ultrasound result and discovered she is in the 43rd week of her pregnancy and the baby was also already distressed, while I was given the go-ahead to operate on her to save the woman and the baby.

“So, when she came back after 10 days for a check-up, I discovered that she did not take any drugs and is not hygienic at all.

“After 27 days of operation, she came back again complaining of vaginal bleeding. To save her life, I referred her immediately to the trauma centre in Ondo Town.”

He pleaded “I just want people to help me as I have a nine-month-old pregnant wife at home now, I promise that I will not do it again.”