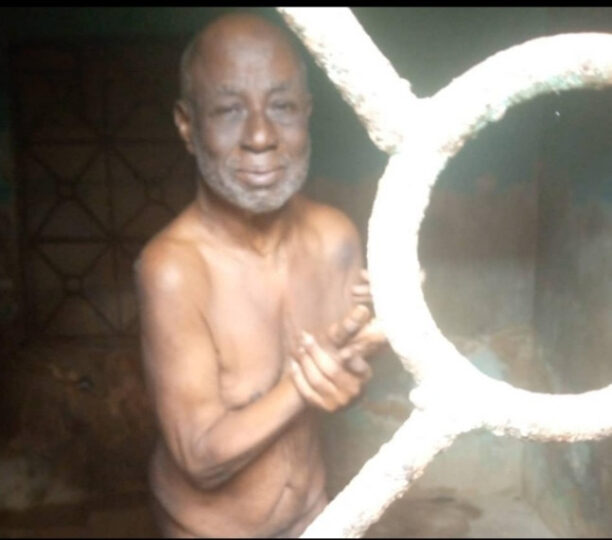 Men of the Nigerian Police Force have on Wednesday come to the rescue of a 67-year-old man identified as Ibrahim Ado, who was unbelievably locked up in a room for over 20 years in Kaduna.

According to reports, the man was found naked and locked up in a room at a house situated on Bayajidda road in Kaduna, and residents of the building reportedly fled when a police team arrived at the house.

The Police Public Relations Officer in Kaduna State, DSP Mohammed Jalige told the newsmen that a thorough investigation would be conducted on the matter, as the victim, Ibrahim Ado, was first discovered by some environmental health officers who were in the house by official duty.

“They reported to the Magajin Gari Police Division and the Commissioner of Police directed personnel to evacuate the victim.

“He also directed a full-scale investigation of the matter to unravel the circumstances surrounding the issue and why the man was kept in isolation for this long,” he added.

Jalige further stated that the victim had been taken to the hospital for medical evaluation.

As of the time of filing this report, the circumstances that led to the old man’s isolation are still unknown as the policemen are still carrying out investigations, to reveal the mystery.

Hisbah Arrests 31 For Prostitution And Drunkenness In Jigawa