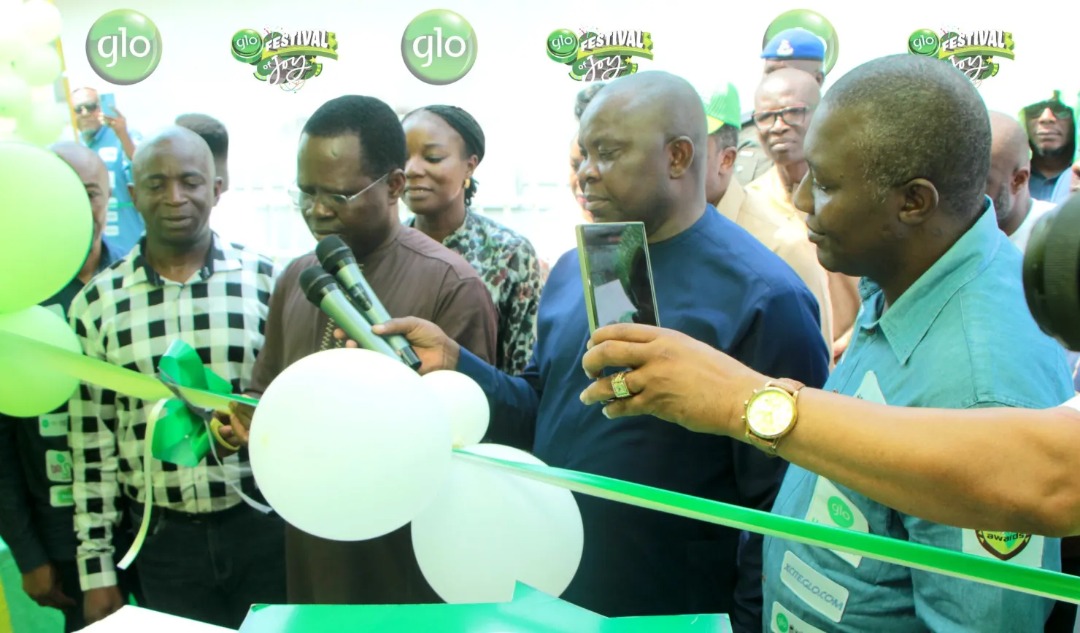 Speaker of the Rivers State House of Assembly, Rt. Hon. Ikuinyi O. Ibani has commended Globacom for putting smiles on the faces of Nigerians through the ongoing Festival of Joy promotion.

He said, “Globacom is giving a home to the homeless, and this is one of the best things you can do to help anyone in life”.

He called on other telcos to emulate what Globacom is doing.

The Speaker said this at the presentation of a 3-bedroom house to the latest winner in the promo, Engineer Ola Owonifari Joseph, in Port Harcourt on Thursday, November 24.

Engineer Joseph, an indigene of Ekiti State, described the build-up to his winning the house as a miracle.

“It’s a miracle, I still can’t believe it. Glo is our family network; we rely on the network to communicate all the time and even with our family and friends. I remember loading credit and data recently when the last subscription expired and after that, I joined the promo by dialing *611#. I was not expecting anything soon but yesterday morning I got a call from a Glo officer, who after a series of questions told me that I won a house. I was too shocked,” he disclosed.

The 49-year-old engineer added in an appreciative tone that: “I was just planning how to start developing my land plot of land at my own pace. Lo and behold, Glo showed up and made me a house owner. This prize is for me and my family and we are moving in immediately. God bless the owner, the management, and the staff of Globacom. They will continue to grow from strength to strength, I am overwhelmed with joy”.

Earlier, Globacom’s Regional Manager, Port Harcourt, Mr. Augustine Mamuro, said that the company was glad to put smiles on the faces of lucky winners in the promo across the country. “From here (Port Harcourt), the festival of Joy promo train will move to other cities including Lagos, Lokoja, Yola, Calabar, Kano, Enugu, and Makurdi to present prizes to winners in these locations.

A total of 20 houses, 24 brand new cars, 100 generators, 200 sewing machines, and 1,000 rechargeable fans will be given out in the promo”, he added, while urging Glo customers to dial the dedicated short code *611# and keep recharging (voice and data during the promo period) to be eligible to win the various prizes on offer.

Gunmen Kill 2 Security Guards And Mutilate Thier Bodies In Ondo