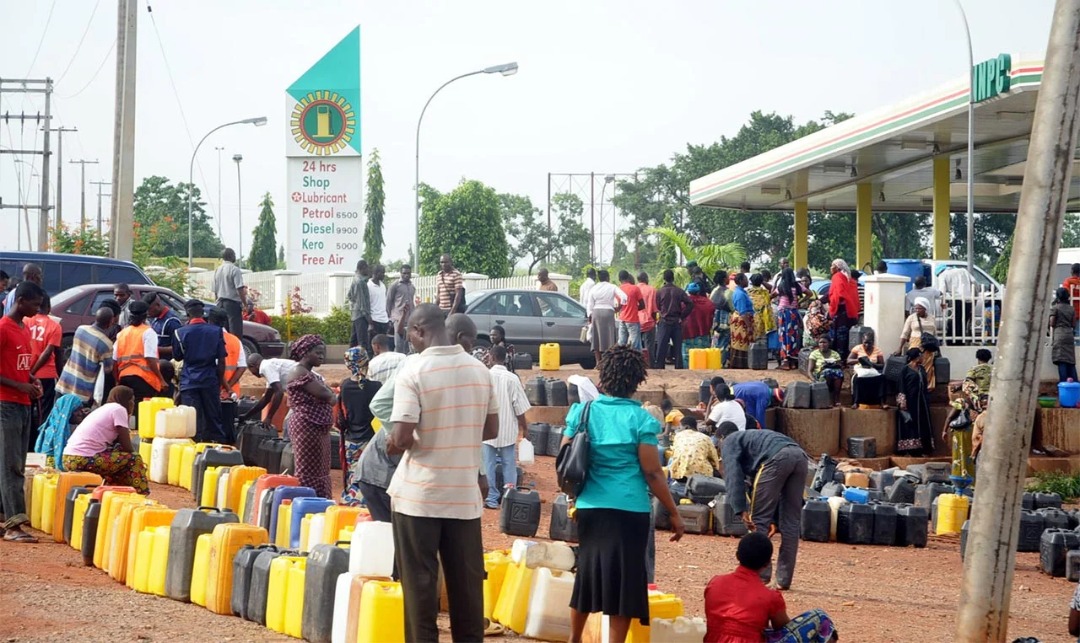 Oil marketers on Sunday said the Federal Government should evacuate and dispense the products currently trapped in the depots which were shut down recently by the Nigerian Midstream and Downstream Petroleum Regulatory Authority.

Marketers said the products should be dispensed at the regulated rate of N148/litre to help address the scarcity of Premium Motor Spirit, popularly called petrol, in some states, instead of leaving them trapped despite the fuel crisis across the country.

But the NMDPRA argued that it did its calculation to ensure that the effect of the shut depots did not significantly impact the affected zones, as it revealed would now check the tanks of filling stations and other depots in order to halt the hoarding of petrol.

On Saturday, the Federal Government announced that it had shut down the operations of seven depots in various locations in Nigeria for dispensing petrol at outrageous prices to retail outlets.

The Chief Executive, NMDPRA, Farouk Ahmed, who disclosed this to journalists in Abuja, said the action by the affected depots contravened the provisions of the Petroleum Industry Act 2021, and also contributed to the recent PMS supply crisis in the downstream oil sector.

Reacting to this, the Secretary, Independent Petroleum Marketers Association of Nigeria, Abuja-Suleja, Mohammed Shuaibu, told our correspondent that the government should go beyond shutting down depots.

He said, “It is not just by shutting down the depots. If you shut down the depots when there are products in them, and you didn’t evacuate the products at the regulated price to the public, then you may end up causing more PMS supply problems.

“If you are a regulator, go in there and enforce, let them open the gates, bring in tankers to evacuate the products to the public so that there will be surplus fuel that will help in driving down the price.

“But by the time you shut down the depots and the products remain in their tanks, we won’t get the products, and who suffers when two elephants fight? The masses will suffer and we are suffering now. These are the consequences.”

Shuaibu added, “So the NMDPRA should open up the depots and allow them to dispense the products at the regulated price. It must also make sure it monitors it to the letter. But by the time you shut down and tomorrow open, and these are businessmen, are you helping the situation or causing more harm?

“These people have products and you are shutting them down, why not regulate it if you want to enforce it? And if anyone is found wanting, punish the person, not by shutting down.”

But the NMDPRA dismissed fears that the shutdown of depots could lead to fuel scarcity in many parts of Nigeria.

Ahmed said, “In shutting down the depots, we calculated to see what effects it would have on the flow and distribution of petroleum products. We have enough products across the country.

“We also looked at the availability in other depots within the zones and we realised that even though we shut the seven depots, the effect on the supply within those zones is not going to be significant.

“It will also help us by making those who are hoarding bring out the products because the next level is to go and start checking the tanks of petrol stations and depots to ensure that no marketer or retailer is hoarding the product.”

Ahmed said there had also been distribution by trucking, adding that the next line of action was to monitor the trucks and ensure they were delivered at the various destinations as assigned.

Why Canada banned Nigerians, other foreigners from buying estate property