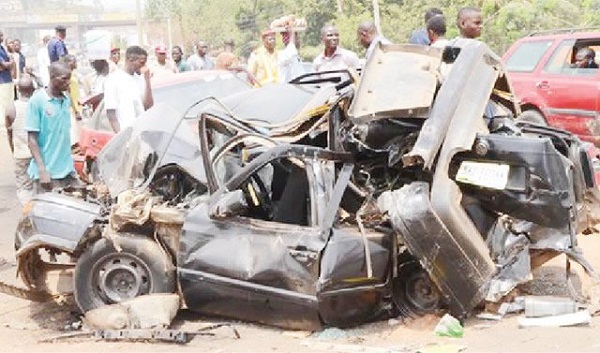 The Sector Commander, Mr Ahmed Umar, told newsmen in Abeokuta that the accident involved a Volvo mini-truck and a Nissan car, after Obada police station along the expressway.

Umar said that the accident occured at about 7:15am and was likely caused by route violation on the part of the driver of the truck marked AKM 489 ZY.

“The suspected cause of the crash was route violation on the part of the truck driver which resulted in head on collision with the car which has no registration number,” he said.

The sector commander explained that while five male adults were involved in the accident, three of them died on the spot while the remaining two sustained injuries .

He added that the injured victims were taken to General Hospital Abeokuta for medical attention while the bodies were deposited at the hospital’s morgue.

Wike reveals many sins of Atiku