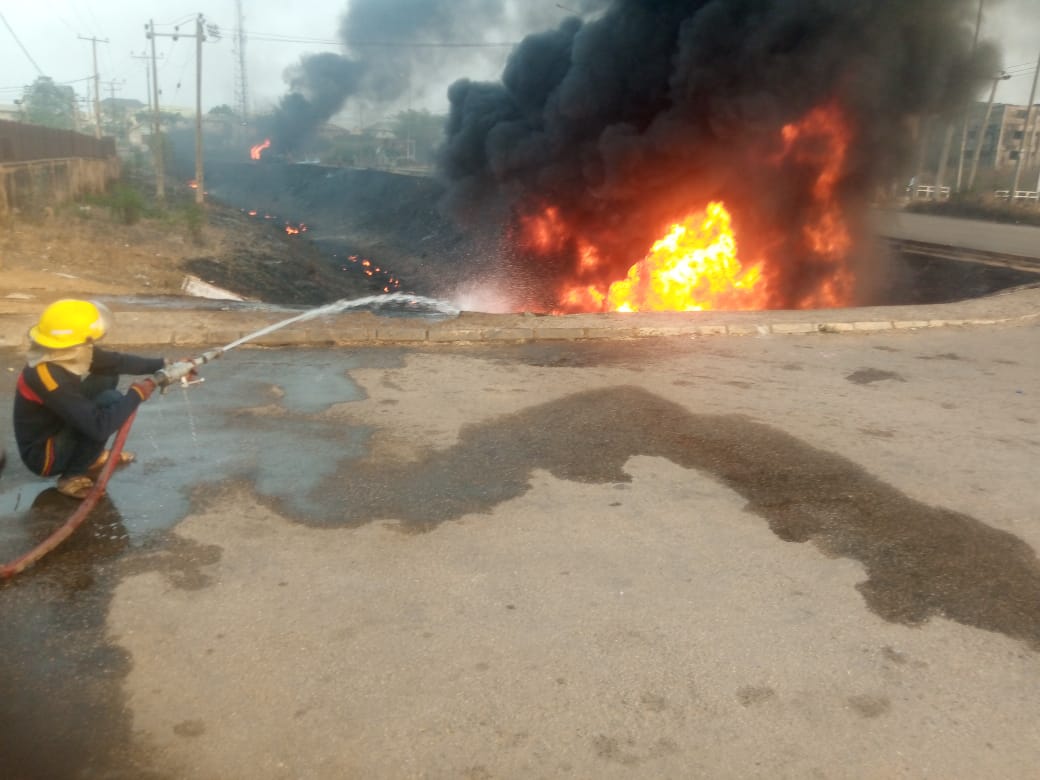 At least ten (10) people have sustained various degrees of injuries after a petrol tanker lost control and burst into flames in Ogbomoso on Sunday evening.

According to reports, the tanker was trying to navigate a roundabout linking the Ogbomoso-Ilorin expressway at Poat area when it lost control, fell, and spat the Premium Motor Spirit (PMS) that was loaded in it.

Reports say that some of the residents of the area began to scoop the content and in the process and the tanker exploded, leaving many severely injured but ten injured persons have been taken to hospitals for medical attention.

The Oyo State Fire Service confirmed the incident on Tuesday and the General Manager of the state fire service, Reverend Canon Yemi Akinyinka while speaking with newsmen on Tuesday, stated that men of the command were able to put a stop to the fire.

Akinyinka in a telephone conversation with newsmen in his words said, “Yes it happened. Thank God that you called. Nobody died, but, some people were injured”.

NSCDC Nabs And Parades 2 Over Phone Theft In Taraba