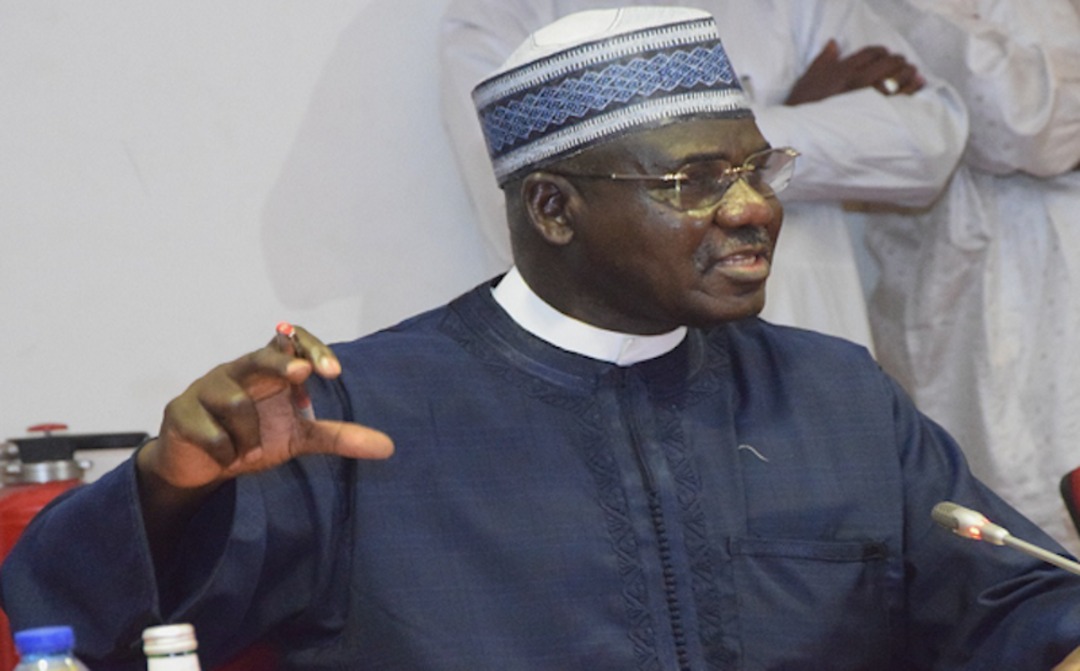 The 2022 World Peace Symposium in honour of Nigeria’s former Chief of Army Staff, now Nigerian Ambassador to the Republic of Benin, Lieutenant General Tukur Buratai, Ret’d, has been fixed for Sunday, August 28 at Golden Tulip Essential Lagos Airport Hotel, Lagos.
The symposium which is organized by World Institute for Peace is expected to kick start at 11.30 am and is themed ‘Building Up Internal Security Set-Ups And Community Protection In Nigeria: Notions, Styles, Possibilities and Master Plan.’ 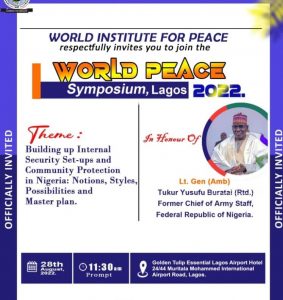 The symposium will feature series of events including the launch of an anthology of poems as well as the declaration of General Buratai as the bearer of security touch in recognition of his excellent service to Nigeria and the West Africa sub region as Army Chief and as an Ambassador.
The event organizers say General Buratai is the first to be so honoured in the world by the World Institute for Peace.
While the event will be hosted by Chief Lamina Kamiludeen Omotoyosi, executive chairman, World Institute of Peace, Mr. Salaudeen Hashim, a public affairs analyst, will deliver a keynote address.
Others from Asia, Europe Continents would lend their voices as speakers physically and on zoom.
Born on November 24, 1960, Ambassador Buratai who hails from Biu Local Government Area of Borno State, North East Nigeria was commissioned into the Nigerian Army in 1983 and had multiple command, administrative, and instructional appointments before he retired in 2021.
He was Chief of Army Staff between 2015 and 2021.
He was made Ambassador of Republic of Benin by President Muhammadu Buhari few days after retirement from the Army.