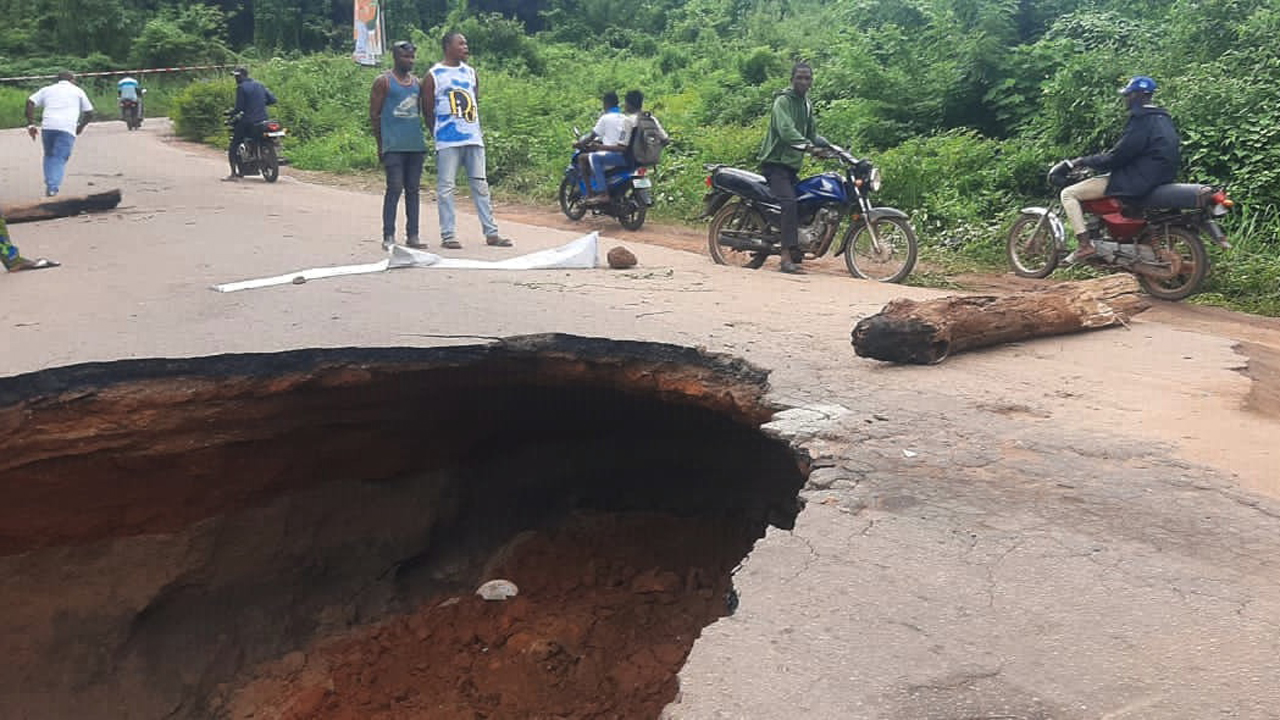 Youths in the community have protested the delay in fixing the failed portion of the Ado-Ilawe road as they have called on the state government to address the problem after the route recorded another accident, barely three weeks after a hearse carrying a corpse entered the ditch created by an implosion a few months ago.

According to reports, no life was lost to the incident as it was a lone accident but the commercial vehicle involved was severely damaged after tumbling twice.

An eyewitness said the five-passenger car which was occupied by both humans and luggage, encountered difficulty in ascending the makeshift road from Ilawe end, which led to the accident.

Road users and passers-by urged the state government to quickly fix the road to avert further road crashes, warning that the graded alternative currently in use would become impassable during the rainy season, while the driver of the vehicle, who was visibly angry, lamented how he would face challenges raising money to fix his car.

Recall that the Alawe, Oba Adebanji Ajibade Alabi, had during the yuletide, appealed to Governor Biodun Oyebanji to fix the road by making it safe and passable for travellers.